Also from Zoxell: These are the Voyages

Not all stories begin at the beginning. Consider the present example, which likely finds the distinguished reader expecting to be introduced to a young sim who will nobly lay the foundation for a family legacy that marches toward an end goal of producing ten generations of offspring.

This is not that kind of story. 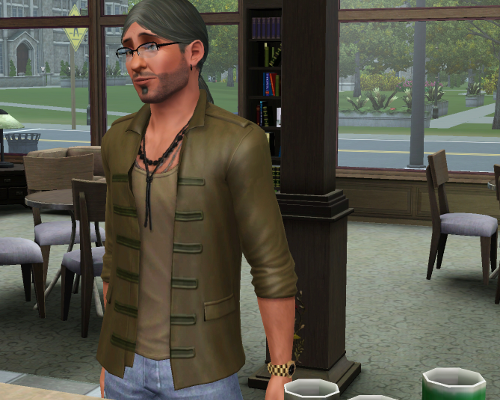 We are introduced, instead, to a middle-aged sim born to the ninth generation of a legacy family that may never achieve its stated goal of producing ten generations. Why introduce a story at the end, and at a point where the legacy is destined to fail? The answer, perhaps, is just simply because this is where things really start to get interesting… 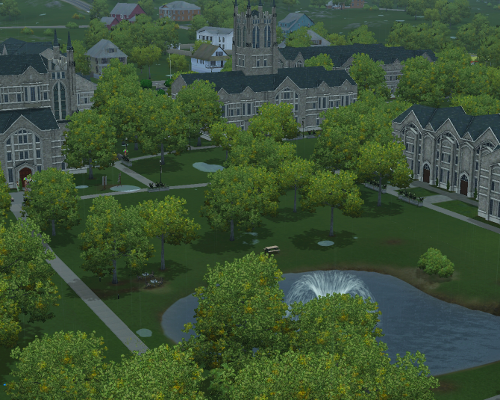 …zzz ….curiously dominated by superstitious, religious symbolism until the recent, modern age of scientific enlightenment. Mythological creatures, such as angels and omnipotent spirits, have been depicted in sim-made works of art all throughout history. These fairy-tale beings can be found in paintings and literature… zzz…

…zzz …earliest surviving works of art show depictions of these so-called messengers sent, presumably, by other, more powerful fictional beings. Obviously, we are much more sophisticated now, and have smart phones to do our messaging for us.

…zzz …still, some self-described artists (we’ll call them painters) feel compelled to continue recycling these antiquated and barbaric themes. One family in particular, is notorious for peddling their kitsch pieces to low-information sims who still cling to ancient customs and outdated beliefs… zzz…

…zzz …please come prepared Monday with examples of more contemporary works, where actual artists have demonstrated maturation and a much-needed progression away these simplistic ideals; while delving into more natural subject matter regarding the core sexual identity that defines a sim.

Blah, blah, blah… Sitting through these lectures was never easy. But as Cole Donblas gets older, he is finding that suffering through them has become exponentially more difficult. Make no mistake about it, Cole has sat through more than his share of lectures. It is probably accurate to suggest that he has made a career of it.

Some sims could argue that Cole has become hopelessly stuck. Certainly, after twenty-five years and several unfinished attempts at earning an undergraduate degree in various areas, it may be easy to reach such a conclusion. But if you ask Cole, “stuck” is not the word he would use. If anything, he would point out evidence suggesting the opposite. 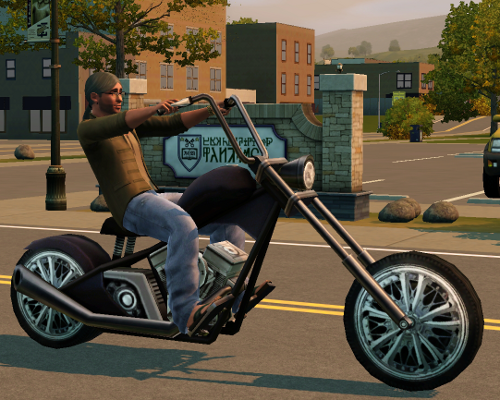 Cole has become something of a legend on campus. While his celebrity may only extend within the boundaries of the university, he is revered and cherished as a sub-cultural icon. Admittedly, Cole’s charming and easy-going personality is rather disarming. It is not, however, sufficient to explain this curious state of sustained popularity among the campus youth.

What drives this fascination? Why is it so effortless for him to plug into university culture?  Could it be his own rebellious nature they gravitate toward?  Being the primary supplier of herbs on campus may very likely play a key role. The reality of the matter is fairly simple; and though he’d never admit to it, there is an unmistakable leadership quality he projects. The elusive formula, whatever it may be, seems to work very well for Cole.

He has no reservations, and he does not hesitate in taking full advantage of his popularity. When he meets a new sim, Cole explains very clearly, before any feelings are hurt, where his interests are aligned. And since university is a time of social experimentation for many young sims, most are eager to show their appreciation for his candidness. 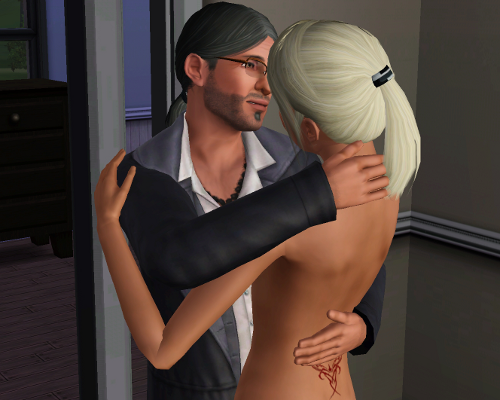 Cole rarely sleeps alone. He does have a few favorite sims, who find themselves frequent “house guests”. But aside from the occasional marathon, he rarely shares his bed with the same sim on consecutive nights. 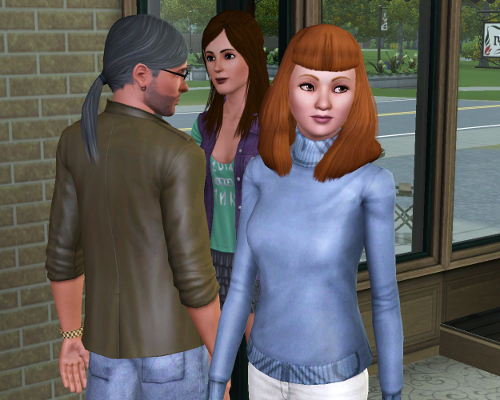 Cole has become very skilled at identifying which young sims share his mindset. He knows the places to frequent, the behaviors to look for, and the approachable demeanors that are consistent with his personal worldview. He’s had quite a lot of practice. And he rarely, if ever, misjudges a new opportunity. 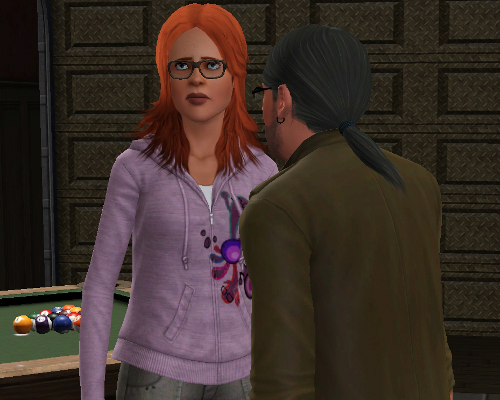 Then there are those sims who just seem work too hard. They tragically squander their precious time at university by studying in earnest and stressing out about GPA.  Cole can spot these types immediately upon seeing them. Any attempt at outreach is usually wasted effort, and he makes a point of avoiding any socialization beyond the most superficial and cordial interactions. In Cole’s mind, the world could be a much happier place if sims would relax more, and weren’t so unnecessarily attached to the artificial concepts of ambition and fidelity.

Still, there are some occasions when he does go for the gamble, and against the odds, invites a wall-flower or bookworm to a party. The outcome is almost always the same. He always takes aloofness in stride, and never considers rejection to be a complete loss. Socializing with a sim who poses at least some contention, goes a long way toward keeping his “smooth recovery” skills sharp. 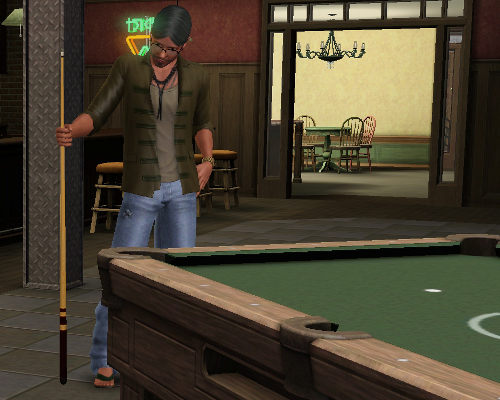 Rebel, Hippie, Beatnik, and Swinger; he has sold the image perfectly. Cole’s life appears to be simple and carefree. But as we all know, there are few things in life that are so simple; and nothing in life is exactly what it appears to be. Keeping that in mind, as some may have already suspected, Cole Donblas is no exception to the rule.

You will do well to be attentive to it, as to a lamp shining in a dark place, until day dawns and the morning star rises in your hearts. – 2 Peter 1:19

September 28, 2014
Taking some time off from simming has afforded me time to start hashing out ideas for the Donblas Lineage. It really is a very ambitious story that will probably take some time to mature. I think it has a really good plot, though. I know where I want to go with it, I just don't know how to get there. The good news is, I do feel my little "pixel people" calling me. So I may start picking up the Sims again and start doing more writing.
Next Up:
After digging a little bit deeper we find that Cole is not as shallow as he leads everybody to believe. What is he hiding? Also, a rescue mission of sorts.

Faith Based Gaming And Fellowship

The rise of the Maldini crime family over ten generations

America's Civil War through the eyes of a 9-year-old girl.

The Chouette Legacy
The Twinbrook Fields

Generation 15: Science vs. The Paranormal